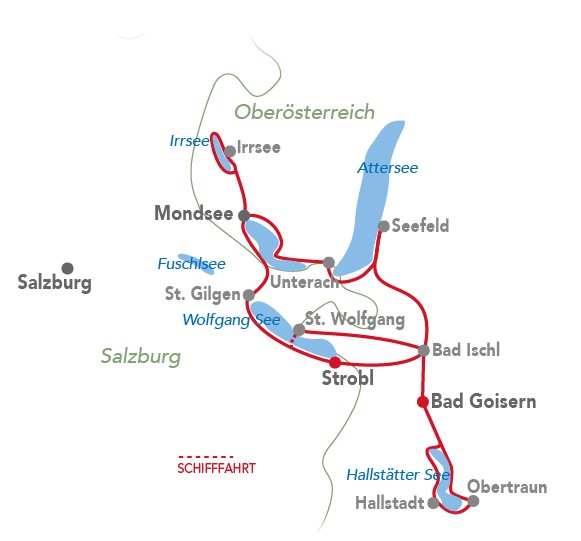 Dramatically beautiful mountains, crystal clear lakes, historic cities and scenic locations. The idyllic Salzkammergut is probably one of the most scenic regions in the Alps and extends to parts of the federal states of Upper Austria, Salzburg and Styria. On the 314 km long Salzkammergut cycle path, almost all the highlights can be discovered from the saddle. The cycle path leads to the 13 largest bathing lakes in the Salzkammergut and to the most important scenic and cultural sights.

From lake to lake

Many Salzkammergut lakes are pleasantly warm in summer and invite you to take a swim: the most famous are the crystal-clear Wolfgangsee, the small Fuschlsee, the impressive Mondsee or the turquoise-blue Attersee. In addition to well-equipped lidos, these lakes also have public bathing areas that can be used free of charge. Enterprising people can also explore the magnificent lakes on a liner, stroll along the promenade and enjoy fresh fish or other culinary delights on the lakeside terraces. Many impressive mountain peaks between the Dachstein massif, the Totem Mountains and the Höllengebirge can be easily explored and a magnificent panoramic view can be enjoyed, be it with the cog railway up the Schafberg or with the cable car up the Feuerkogel. 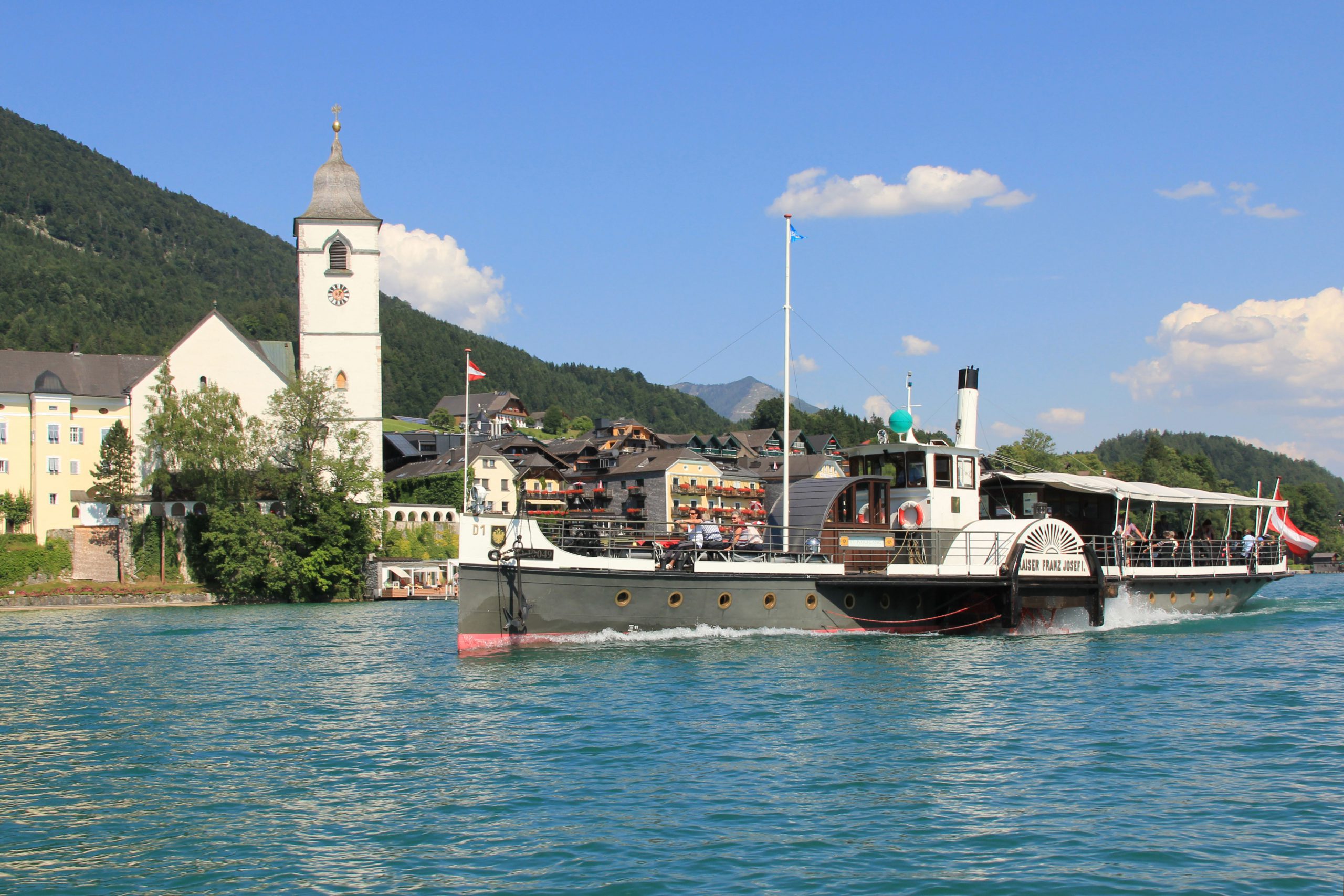 The Salzkammergut has an impressive history that can still be experienced in many places. Due to its wealth of salt, it already achieved prosperity in the early days and especially in the Middle Ages. Emperor Franz Joseph chose the spa town of Bad Ischl as his summer residence and aristocrats from half of Europe followed suit and made the Salzkammergut an international holiday destination of stature. The world-famous painter Gustav Klimt, on the other hand, preferred to spend his summers at the Attersee, where he also created some well-known paintings. There are correspondingly many sights to be admired in the entire region. From the world-famous UNESCO World Heritage Site of Hallstatt to the imperial city of Bad Ischl to the famous Weißer Rössl on Lake Wolfgang, from the salt mine in Altaussee to the Ort lake palace in Gmunden.

The Salzkammergut cycle path is very good for trekking bikes, modern trekking bikes with 21 gears or e-bikes are ideal. The lowest point is 406m, the highest 853m, the lettering is R2 or R 19. The routes mostly lead on paved bike paths, a few sections also on gravel roads and forest paths. Some sections can also be covered by train, bus or boat for a change or to shorten the route.

At the week-long Salzkammergut bike tour for connoisseurs From Österreich Radreisen you can discover all the highlights of the Salzkammergut between Lake Hallstatt and Lake Attersee comfortably by bike. the Salzkammergut lakes bike tour  leads from the Mozart city of Salzburg to the surrounding lakes to the Mondsee in Upper Austria.

Highlights on the Salzkammergut cycle path